I am GMT Emezue

Furthermore, G.M.T Emezue’s avid interest in interfaces between Literature and Philosophic cum Scientific conceptualizations of reality, has led to her keen enquiries into ideas of simulations, simulated reality, artificial intelligence, virtual reality, African concept of multi-dimensional realities, holograms, all resulting in her hypothesizing of fast developing theoretical models she terms “Complementary Realism’ (Emezue 2011) and ‘Alternate Reality” (Emezue and Smith 2009). After her first degree from the Department of English and Literary Studies in 1988, GMT Emezue has worked as independent film script writer and consultant for Nigerian National Television Network, Lagos, Nigeria. She started her academic career with Ebonyi State University from where she transferred to Federal University Ndufu Alike Ikwo. Since 2007, she has been working as editorial consultant, peer reviewer as well as editor for several national and international journals.

Prof G.M.T Emezue hails from Ndiuche- Arondizuogu in Imo State in Nigeria. She is married to Chief Chris Emezue from Umuahia in Abia State of Nigeria. The marriage is blessed with three children. 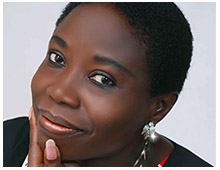